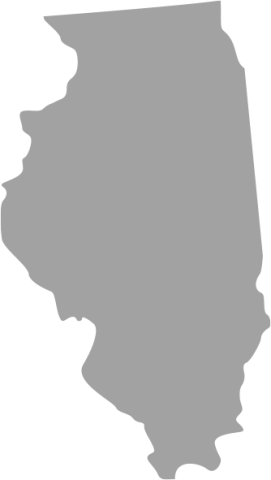 In Illinois, a Firearms Restraining Order (FRO) is a civil order that temporarily prohibits individuals who pose a significant danger of injury to self or others from purchasing and possessing firearms. Law enforcement and family members (including a current or former spouse, parent, child or stepchild, a person related by blood or present marriage, or a person who shares a common dwelling with the respondent) are authorized to petition for a FRO. Petitioners may seek an emergency FRO which will be issued on an ex parte basis. If an emergency FRO is issued, the order will remain in place for a maximum of 14 days until the hearing for a six-month FRO. Petitioners may also seek a six-month FRO without first petitioning for an emergency FRO. A six-month FRO is issued after the respondent has received notice and an opportunity to go before a judge to contest the petition.

To legally possess firearms or ammunition in Illinois, residents must have a Firearm Owners Identification (FOID) card and to carry a concealed firearm in Illinois, residents must have a Concealed Carry License (CCL). When an emergency or six-month FRO is issued, the respondent to that order must surrender firearms and any FOID card and CCL to law enforcement for the duration of the order.

Illinois's FRO law, like other Extreme Risk Protection Order laws, includes due process protections to ensure fairness. Due process protections in Illinois's FRO law include an ex parte FRO issued by a judicial officer; a post-deprivation hearing where the respondent is provided notice and an opportunity to participate; and the requirement of substantial and credible evidence (e.g. the enumerated factors the judicial officer must consider) to issue a FRO.

Background: In July 2018, Governor Bruce Rauner signed House Bill 2354 into law creating Illinois’s Firearms Restraining Order. The law went into effect on January 1, 2019. Training for various law enforcement agencies, health professionals, and advocates began shortly after the bill was signed into law. Training includes information about how the FRO works (including qualifying criteria; authorized petitioners; petition, service and firearm dispossession; and return of guns) and how the FRO interacts with other policies.