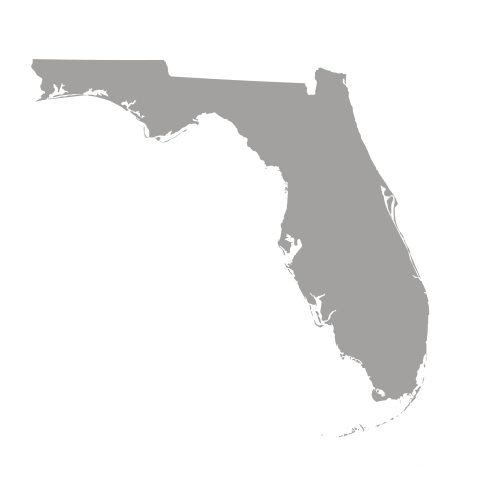 Florida’s Risk Protection Orders (RPO) temporarily prohibits a person who poses a significant danger of causing personal injury to self or others from possessing firearms and ammunition. Only law enforcement officers are permitted to ask the court for an RPO but family and friends may work with a local law enforcement agency to file a petition.

Once law enforcement files an RPO petition, the court schedules a hearing within 14 days to determine if an RPO should be issued. At the hearing, if the court finds the respondent to be a threat to self or others by having access to firearms, an RPO is issued for up to one year. The court may issue a temporary RPO on an ex parte basis before the hearing if the petition details that the respondent poses a significant danger of personal injury to self or others in the near future.

Florida’s RPO law, like other Extreme Risk Protection Order laws, includes due process protections to ensure fairness. Due process protections in Florida’s RPO law include ex parte RPOs issued by judicial officers; a post-deprivation hearing where the respondent is provided notice and an opportunity to participate; and the requirement of substantial and credible evidence (e.g. the enumerated factors the judicial officer must consider) to issue an RPO.

Background: The Florida legislature passed the Marjory Stoneman Douglas High School Public Safety Act following the tragic shooting at the law’s namesake school that left 17 dead and another 17 injured. The law went into effect in March 2018.