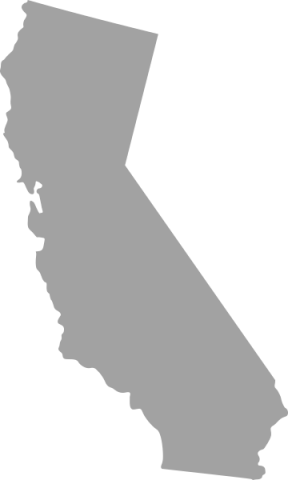 In California, a Gun Violence Restraining Order (GVRO) is a civil order that temporarily prohibits an individual who poses a significant danger of causing injury to self or others from purchasing or possessing any firearms or ammunition. Under California law, law enforcement and family and household members are authorized to petition for a GVRO.1

There are three types of GVROs: emergency GVROs, temporary GVROs, and GVROs After Hearing. Law enforcement may request an emergency GVRO over the phone outside normal court hours. Law enforcement and immediate family members (including spouse, whether by marriage or not, domestic partner, parent, child, any person related by consanguinity or affinity within the second degree, or any other person who regularly resides in the household, or who, within the prior six months, regularly resided in the household) may petition for a temporary GVRO ex parte during court hours. An emergency GVRO and a temporary GVRO remain in effect until a hearing for a GVRO After Hearing, but no longer than 21 days, when both the petitioner and respondent may address the court. A GVRO After Hearing lasts one year and may be terminated prior to its expiration or renewed through court processes defined in the law.2

California’s GVRO law, like other Extreme Risk Protection Order laws, includes due process protections to ensure fairness. Due process protections in California’s GVRO law include ex parte GVROs issued by a judicial officer; a post-deprivation hearing where the respondent is provided notice and an opportunity to participate; and the requirement of substantial and credible evidence (e.g. the enumerated factors the judicial officer must consider) to issue a GVRO.

Background: The California legislature passed the GVRO into law in 2014 following a shooting in Isla Vista, CA, that left seven people including the shooter dead. Prior to the shooting, the shooter’s mother noticed he was behaving dangerously and asked law enforcement to intervene, but she was told that since her son was an adult and had not committed a crime, there was nothing they could do.

In 2019, Governor Gavin Newsom signed bills passed by the legislature that 1) expand the length of time for a GVRO to up to five years, and 2) expand the list of petitioners to include employers, co-workers, and employees or teachers of a secondary or post-secondary school. These changes go into effect on September 1, 2020.

1. California Assembly Bill 61, effective September 1, 2020, amends the petitioner list, authorizing employers, a coworker who has substantial and regular interactions with the person and approval of their employer, or an employee or teacher of a secondary or postsecondary school, with the approval of a school administrator or a school administration staff member with a supervisorial role, that the person has attended in the last six months to petition for a temporary GVRO or seek a GVRO After Hearing.

2. California Assembly Bill 12, effective September 1, 2020, amends and increases the duration and renewal of a GVRO issued after a hearing from one year to a period of time between one to five years, subject to earlier termination or renewal by the court.