Johns Hopkins Bloomberg School of Public Health has appointed Sean T. Allen, DrPH, as a Bloomberg Assistant Professor of American Health in the Department of Health, Behavior and Society. This is an endowed position supported by the Bloomberg American Health Initiative through a gift from Bloomberg Philanthropies. 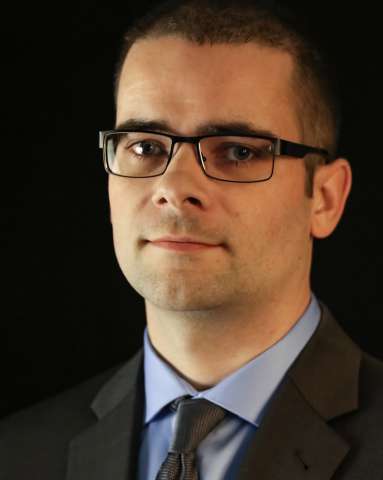 Allen’s work examines the drivers of health inequities among people who use drugs, with particular emphasis on research related to injection drug use and associated consequences in rural communities. His work aims to expand how we understand addiction and overdose and to inform the implementation of evidence-based programs and policies. Much of his research and practice activities center on overdose and infectious disease prevention among vulnerable populations.

“Dr. Allen’s focus on health disparities associated with injection drug use has never been more important given the scale of the opioid crisis,” says Dean Ellen J. MacKenzie, PhD, ScM. “We are delighted to congratulate him on this appointment.”

Allen completed his postdoctoral training at Johns Hopkins University in the Drug Dependence Epidemiology Training Program at the Bloomberg School. During his training, he also served as a senior policy advisor in the White House Office of National Drug Control Policy. These roles afforded Allen a robust understanding of the translation of research evidence to public health practice and policy.

“Dr. Allen’s prolific track record of scholarly work demonstrates his commitment to advancing how we understand drug dependence and eliminate health disparities among people who use drugs,” says Rajiv Rimal, PhD, chair of the Bloomberg School’s Department of Health, Behavior and Society.

Allen co-authored a methodological toolkit for population estimation among people who inject drugs. The toolkit, published in 2019, provides practical guidance for stakeholders seeking to better understand the scale of injection drug use in their communities. The toolkit also features lessons Allen and his collaborators learned over the course of quantifying the size and characteristics of a population of people who inject drugs in a rural community in West Virginia.

“The opioid crisis has affected every community in the United States, and Dr. Allen’s work is critical to preventing overdose and infectious disease outbreaks among people who use drugs,” says Michael R. Bloomberg, founder of Bloomberg Philanthropies. “I’m glad to join Johns Hopkins in congratulating him on this appointment.”

This professorship endowment is part of the Bloomberg American Health Initiative, which is supporting 25 new endowed positions. The Initiative focuses on addressing major health challenges facing the nation, including obesity and the food system, environmental challenges, addiction, violence, and adolescent health.