Johns Hopkins Bloomberg School of Public Health has appointed Javier Cepeda, PhD, MPH, as a Bloomberg Assistant Professor of American Health in the Department of Epidemiology. This is an endowed position supported by the Bloomberg American Health Initiative through a gift from Bloomberg Philanthropies.

Cepeda is the B. Frank and Kathleen Polk Assistant Professor in the Department of Epidemiology at the Bloomberg School.

Cepeda’s research interests include understanding how punitive drug policies can increase the risk of fatal and non-fatal overdose and HIV and hepatitis C virus transmission. His research also focuses on evaluating the facilitators and barriers to accessing harm reduction and treatment services among people who inject drugs and examining the trajectories of substance use, infectious disease, and comorbidities among people who inject drugs. 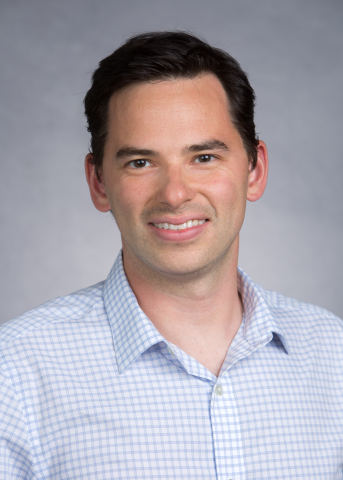 “Dr. Cepeda’s work at the complex nexus of infectious disease, substance use, and involvement in the criminal justice system is so important,” says Dean Ellen J. MacKenzie, PhD, ScM. “We are delighted to see him earn this recognition.”

Cepeda’s work also involves informing policy to help make evidence-based decisions as they relate to reducing the harms and disparities in care among people who inject drugs in the United States and globally, including in Mexico and Kyrgyzstan.

“Dr. Cepeda brings new energy and methods to further our research on HIV, hepatitis C, and other blood-borne diseases, particularly among persons who inject drugs in Baltimore,” says David Celentano, ScD, MHS, Dr. Charles Armstrong Professor in Epidemiology. “We are particularly pleased that he will bring his in-depth knowledge of methodology methods to our advanced methods educational program.”

Cepeda conducted predoctoral research on substance use and justice involvement in St. Petersburg, Russia, as a recipient of the Ruth L. Kirschstein Individual National Research Service Award from the National Institute on Drug Abuse. With support from a National Institute of Allergy and Infectious Diseases-funded training grant, he completed his postdoctoral training in the Bloomberg School’s Department of Epidemiology, working on the Baltimore-based ALIVE study (AIDS Linked to the Intravenous Experience), one of the longest running cohorts of people who inject drugs. He continued his postdoctoral training at the University of California, San Diego, where he received the GloCal fellowship, an award supported by the Fogarty International Center, and continued as an assistant professor in UCSD’s Division of Infectious Diseases and Global Public Health.

“The Bloomberg American Health Initiative is thrilled to have Dr. Cepeda as one of our endowed faculty,” says Joshua M. Sharfstein, MD, director of the Initiative. “His work, which aims to have an impact on multiple crises facing this country, is urgently needed.”

Cepeda earned a PhD from Yale University in 2015 and an MPH from the Yale School of Public Health in 2010. At the Bloomberg School, he is also affiliated with the Center for AIDS Research and the Center for Public Health and Human Rights. He is the principal investigator on a Mentored Research Scientist Career Development Award funded by the National Institute on Drug Abuse, a study that aims to understand the impact and cost-effectiveness of aligning policing practices with HIV prevention among people who inject drugs.

“As overdose and addiction rates climb, Dr. Cepeda is working with the creativity and urgency this public health crisis requires,” said Michael R. Bloomberg, founder of Bloomberg Philanthropies. “Dr. Cepeda’s innovative research is helping to save lives, and I’m glad to congratulate him on his new appointment.”

This professorship endowment is part of the Bloomberg American Health Initiative, which is supporting 25 new endowed positions. The Initiative focuses on addressing major health challenges facing the nation, including obesity and the food system, environmental challenges, addiction and overdose, violence, and adolescent health.